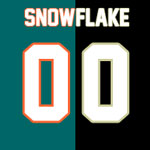 
Only a few weeks after the NFL hired him to find punters and placekickers worthy of a tryout with the World League of American Football, Doug Blevins realized he underestimated the interest he would receive.

A deluge of out-of-work kickers bombarded Blevins with so many highlight tapes that the hill of unwatched VHS cassettes cluttering his desk seemed to grow larger by the day.

Somewhere in that heaping pile was a tape sent by a self-taught 22-year-old kicker from South Dakota with big ambitions but a modest track record. In 1995, very little about Adam Vinatieri’s résumé suggested he had an NFL future, let alone that he’d one day be known as the league’s king of clutch kicks.

In four erratic seasons at Division II South Dakota State, Vinatieri showed off a powerful leg but missed as many field goals as he made. His inconsistency even got him benched for two games midway through his junior season in favor of a toe-kicking defensive lineman.

Vinatieri’s tape might have stayed buried on Blevins’ desk for months had the young kicker not called day after day to pester the kicking guru about watching it. One Saturday morning, Blevins finally relented and popped the tape in his machine. Much to his surprise, the clips of Vinatieri booming footballs through South Dakota’s howling winds and heavy snowfall left him more intrigued than he expected to be.

“The ball exploded off his foot,” Blevins recalled. “He’d hit the ball a mile, but he had no idea where it was going to go. He had the leg speed and the leg strength, but what he was missing was the mechanics. It was like he had a cannon attached to him, but he didn’t know how to load it or aim it.”

Hearing that Blevins saw potential in him and wanted to work with him was all the reassurance Vinatieri needed to continue his unlikely pursuit of an NFL gig. Blevins asked how long Vinatieri would need before he could get to Virginia.